Are The Bed Bugs In Houston Dangerous?

During the past few years, Houston residents have experienced many bedbug infestations. It is often believed that these bugs only target unkempt homes. This couldn’t be further from the truth. These bugs really do not care how clean your home is. After all, they’re not interested in eating your leftovers. Instead, they want to feast on your blood. With this in mind, it is entirely possible for every household in Houston to fall prey to bed bugs. If you’re not careful, you’ll be next. So, are the bed bugs in Houston dangerous? You’ll learn the truth in the informative guide below.

What Are Bed Bugs?

First and foremost, you should take the time to learn about the basics. In simple terms, bedbugs are nothing more than a bug that likes sucking blood. Bedbugs are also known as the cimex lectularius. These small, flat insects are parasitic. They feed solely on blood. While their main target is humans, they can also feed on birds, pets and other mammals. While it depends on the bug’s age and diet, they can range in size from 1 millimeter to 7 millimeters. It should also be known that they can survive without feeding for several months.

Bed bug bites almost always trigger an allergic reaction. While bed bugs do not carry harmful diseases, their bites can cause an allergic reaction, such as red, itchy welts or bumps. Almost everyone who wakes up with red bumps on their body will become concerned, because they do not know what caused them. Even if you visit a physician, you may not get a genuine diagnosis. Bed bug bites are similar to the bites of other small insects. However, bed bug bites are often localized in one particular area of the body. Unlike mosquito or fleas, bed bugs will often bite their hosts on exposed skin, such as the arms, neck and arms.

Really, the biggest dangers associated with the bed bugs in Houston, Texas are the psychological impacts. Can you imagine trying to sleep at night knowing that your home is overrun with bedbugs? There is a good chance that you won’t be able to fall asleep. You’ll probably toss and turn, while waiting for them to come and attack. In fact, you probably won’t feel comfortable in your home at all. This is why it is vital to get rid of these bugs as quickly as possible. If you do not, they’re going to drive you insane.

In severe cases, there is a possibility that bedbugs will lead to anger and even depression. Take care of the problem quickly to prevent it from escalating that far.

Things You Need To Know About Bed Bug Treatments In Houston

Bed Bugs are tiny insects – approximately half a centimeter in length – that leave a devastating mess everywhere they go. If a bed bug

If you have ever dealt with a bed bug infestation, you probably already know that knowledge is power. In order to completely remove an infestation

Get a Free Quote

If you have any questions or comments please fill out the following form and one of our representatives will contact you as soon as possible. 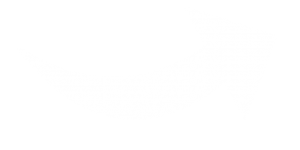