Small ants exhibit “social” behavior, meaning they travel, forage for food, and live in colonies of varying sizes. Evidence shows small ant colonies with over 10,000 members – workers, soldiers, the queen, and swarmers (winged and wingless). The largest ant colony, deemed “supercolony” was reported in Japan. The colony was said to have over 300 million members, including 1 million queens.

Worker ants spend the majority of their time erecting underground tunnels to house their nests. Japan’s supercolony was determined to have a network of 45,000 individual nests. The supercolony is extremely rare, as most colonies have no more than 12,000 members.

The Argentine ant species is just one example. The colony builds colonies holding around 10,000 members. Scientists believe the Japanese supercolony flourished because it had access to an endless food source. Unfortunately, this is not always the case because some colonies have perished due to a lack of food and water. And, then there is always the threat of another ant or insect species attack.

Why Have Ants Invaded My Home?

If you have discovered insects, you believe are ants, you are already one step ahead in the pest control process. While some people, like yourself, are knowledgeable enough to identify an ant immediately upon sighting, pinpointing the actual species is another story. Most characteristics are shared across the ant species. Powerful mandibles, six legs, two solid black eyes, a tri-segmented body, two antennas, and reddish/brown, solid black, or reddish/black coloration.

Ants are diligent insects. They spend the majority of their time working, reproducing, swarming, building nests, erecting underground tunnels, and foraging for food. The ant colony is comprised of the queen, worker, soldier, and swarmer. If your home is infested with ants, you can almost guarantee most or all of them are soldiers because they are responsible for replenishing the food supply for the queen and the young.

Ants access buildings through tiny cracks, crevices, and other openings. If food is scarce outdoors, but available indoors, this is where the workers will direct their attention. Your home just happened to be on the ants’ radar, so they went for it.

What Kind Of Diseases Do Ants Transmit?

Ants, themselves are not disease-carriers. However, they have been shown to be responsible for a few foodborne illness cases. In these cases, the ants infiltrated food stored in vulnerable packages, such as paperboard, plastic, and Styrofoam. The contaminated food was then ingested by humans, resulting in foodborne illnesses, such as E.coli, salmonella, and Shigella.

Ants have been found to be responsible for structural damage to homes, exterior garages and sheds, trees, and trash bins. The ant’s mandibles are so powerful, they can gnaw through various hard materials, such as wood, concrete, and silicone just to access safe shelter and a food source.

What Steps Should Victims Take To Eliminate Their Ant Problems?

Ants live and travel in large colonies, making extermination almost impossible. When a group of ants split off from their colony, they become what scientists describe as a “satellite colony.” This colony is responsible for the initial ant infiltration. The first step of pest control, for both DIY and professional services, is an inspection. This is a visual inspection that targets every inch of the impacted home and property.

The best strategy for a complex ant infestation is professional pest management, which includes an initial inspection, treatment, post-inspection, and prevention.

DIY pest control products are your basic or standard pesticides and insecticides. The products are available through local retailers, online vendors, and big-box, hardware, and home & garden stores. In most cases, a gallon of over-the-counter pesticide costs around $20, depending on the brand. These products have shown to be helpful in the pest control industry, but only in cases that have not been deemed an “infestation.” If your budget is extermination budget is limited and you do not have access to a licensed exterminator contractor, by all means, go the DIY route.

How Do I Schedule An In-Home Inspection For Ant Infestations?

This is one of the simplest tasks you will need to tackle throughout the entire pest control process. You can start by calling our local office to speak with one of our skilled pest control team members. Once the connection is made, you are free to ask any questions about our pest management service, products, prices, and treatment options. We can usually dispatch an exterminator out to an ant-infested home within 24 to 48 hours of the initial pest control service request.

What If I Have Concerns About Pesticide Safety?

This is normal, especially for people who refer to themselves as “environmentalists.” As a top US extermination company, we are environmentalists as well. We do our part in being an advocate to protect our environment, water and food sources, animals, humans, and other natural resources from the chemicals in conventional pesticides. To minimize any potential environmental risks, we only utilize pest control products that have the EPA stamp of approval. The Environmental Protection Agency is responsible for overseeing the US pest control industry by developing and enforcing strict pesticide guidelines whenever and wherever necessary.

What Can I Do To Protect My Home From A Repeat Ant Infestation?

We strongly suggest calling in the professionals, our licensed extermination team. Ant prevention following an ant infiltration and infestation gets very complicated. At this point, the impacted home’s pest barrier is totally useless. Your job is to rebuild and strengthen the pest barrier by sealing off all potential access points, developing an indestructible processed food storage system, creating a routine household waste schedule, and requesting our assistance when things get tough.

Our Ant Control Services: How It Works And Is It Effective?

As one of the top extermination companies in Houston, we possess the skills and equipment to eradicate ant infestations. While some people believe ants are cute and harmless, they leave devastating messes everywhere they go. These tiny insects work extremely hard caring for their queen and providing food for their colony. And, if your home has plenty of food sources and is accessible, you will become a victim.

What Does Ant Control Consist Of?

Ant control is a service that involves various methods and processes. One of the first and most important processes is an inspection. This process requires the skilled eye of a licensed exterminator. These professionals know the signs of an ant infestation, how to determine the severity of an infestation and how to identify different types of ants. They also know which treatment methods work best in eradicating different types of ant infestations.

Ant control also consists of ways to deter ants from entering homes and businesses. One of the best ways to do this is to eliminate the pheromone scent left behind by previous ants and seal off cracks and crevices to the outside.

Mild ant infestations may only require a single treatment of a commercial-grade insecticide, while severe cases will require multiple applications of several treatments. We highly recommend combining two or more treatments together to ensure maximum results.

Our extermination company has been operating in the city of Houston for several years now. We employ exterminators and technicians with the highest skill levels. These professionals are always willing to go beyond the call of duty to help Houston home and business owners eradicate their ant infestations.

We operate a drug-free company to protect our customers and their homes. We offer free in-home inspections, written quotes, pest control advice and a variety of treatment options. We will work with your budget, big or small, to help you regain control of your home in a timely manner.

While we are the experts, we want to hear from you. We encourage involvement from our customers throughout the entire process. 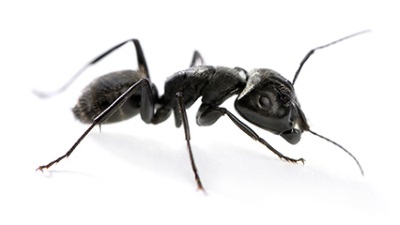